The latest in food waste laws 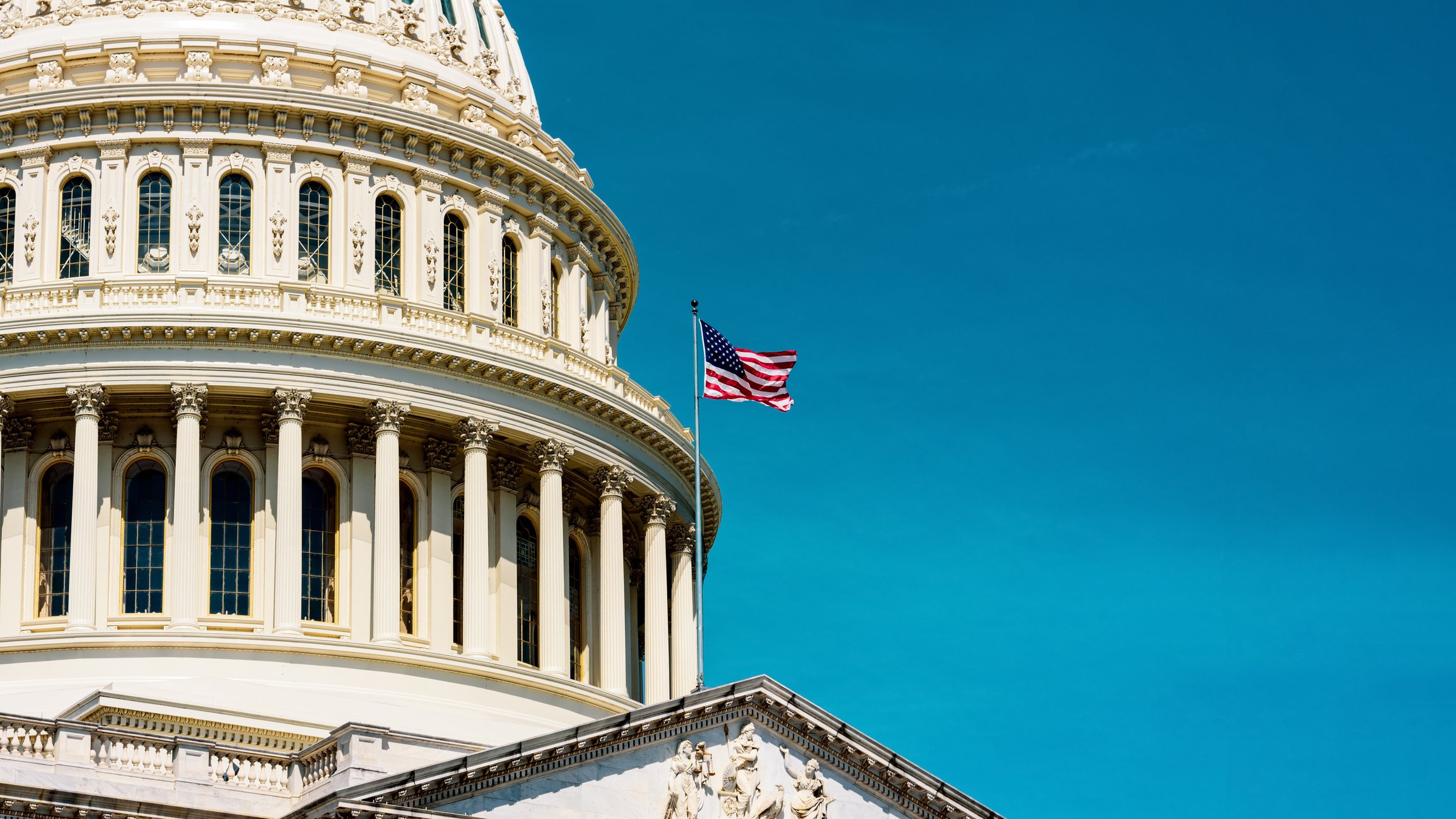 The United States wastes 30-40% of our food supply, resulting in approximately 90 billion meals’ worth of food lost and costing us about 2% of our GDP - not to mention the disastrous impacts on our environment. At the same time, ⅛ of Americans live in food-insecure households, meaning they face a lack of access to enough food for an active and healthy life.

Some “food” for thought - what if we can reduce the amount of overall food wasted and divert what’s leftover to decrease the number of food insecure Americans?

It might seem like a far stretch, but it’s perfectly attainable with the help from innovative businesses, public advocacy and coalitions, and government legislation. The fight to end food waste and food insecurity can’t be solved with just one group, it takes collaboration from all sectors to make real, lasting change.

Today, we’re focusing on the government’s impact on food waste and what the current legislative landscape looks like, and how it can affect your business.

Let’s start at the very top - the main goal that our country is trying to achieve. In September 2015, the USDA and EPA announced the first-ever national food waste reduction goal, which called for a 50% reduction in food waste by 2030.

We’ve written more about the national goal and the different tools that support it, such as the EPA’s Food Recovery Hierarchy and ReFED’s Roadmap to 2030 in our A Beginner’s Guide to Food Waste eBook.

The Bill Emerson Good Samaritan Food Donation Act, also known as the Good Samaritan Act, was passed in 1996 to provide liability protection for food donations made in good faith. The act encourages donations to individuals in need and to non-profit organizations by protecting the donor from liability, and sets a floor of gross negligence.

By removing potential liability for well-intentioned donations, the Act makes it easier for businesses and individuals to donate food without fear of retribution.

Some states such as New Jersey, Tennessee, and Washington, D.C, have enacted legislation to further expand upon liability protections, such as allowing expired food to be donated and providing liability protections to those that charge a fee to the recipients to cover the handling of the donated product.

In addition to the Good Samaritan Act, in December 2015, Congress passed Section 170(e)(3) of the U.S. Tax Code which further encouraged businesses to donate food. This established enhanced tax deductions for businesses, up to 15% of their taxable income. This limit has been increased to 25% under the CARES Act for 2020 through 2021, but that increase has not yet been renewed for 2022.

These incentives allow businesses to make a positive impact on people and the planet, all while maximizing value recovery by receiving incentives instead of paying disposal fees.

In 2011, Connecticut adopted the first organic waste ban, with Massachusetts, Rhode Island, Vermont, California and New York adopting similar bans in the years following. In addition to these states, some municipalities have also passed similar legislation such as New York City, Austin, and Portland.

Organic waste bans require businesses (and in some cases, individuals) to divert organic waste from landfills to other channels such as composting, donating, or upcycling food scraps for animal feed. 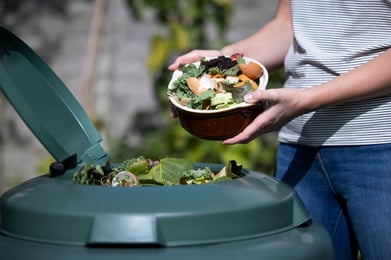 So what do the impacts of these bans look like? Vermont experienced a 40% increase in donations and reduced GHG emissions by 37%. In addition to the environmental benefits of introducing these laws, such as healthier soil and reduction of climate emissions, other benefits include economic growth and new jobs in certain industries, and helping the socioeconomic issue of food insecurity.

The most recent bans include California and New York, which both went into effect on January 1st, 2022. New York’s Food Donation and Scraps Recycling Law applies to New York state and not New York City, which already has a similar local law in effect. California’s food waste law, SB 1383 has a goal of reducing the amount of organic waste sent to landfills by 75%, and applies to both homes and businesses. Feeding San Diego “dreams of a world where they don't need to purchase the food they distribute and instead can rely entirely on donations” which California’s new law can help accomplish. Connecticut has expanded on their ban as of January 1st of this year as well.

Looking ahead, we can expect more states and local governments to adopt these types of bans, including Maryland who has introduced bill HB-264. Other states, such as Massachusetts, are looking to expand their current legislation.

Although some states have legislation on organic waste bans as we discussed earlier, currently, there is no federal policy encouraging a national composting effort. In 2016, Congresswoman Julia Brownley from California introduced the Cultivating Organic Matter through the Promotion of Sustainable Techniques (COMPOST) Act, with the aim to advance composting infrastructure throughout the country.

In 2020, the USDA allocated $900,000 to help local governments host a Community Compost and Food Waste Reduction project in 2020. In 2021, this increased to $2 million for projects that will span throughout 2023 and encourages projects led by local governments to demonstrate the economic benefits of composting, make composting accessible to farmers, engage with community gardeners, and collaborate with multiple partners.

You can check out this interactive map to see if there is urban composting access near you, whether it’s municipally-run or privately-run.

The different terminology you find on a product’s packaging (“best by,” “sell by,” “best before,” and “use by”) can lead to confusion and therefore more food being thrown out. According to ReFED’s report, 90% of Americans throw out perfectly good food.

Because there is no standardization across these terms, and there are no governmental regulations on date labeling for safety on food and beverage products (besides infant formula), consumers are often quick to throw out food based on the date printed on the packaging.

In May 2016, Main Congresswoman Chellie Pingree and Connecticut Senator Richard Blumenthal introduced the Food Date Labeling Act in an effort to standardize these terms and educate Americans not to throw out safe food. Unfortunately, the act has not gained much traction, and although the bill and a similar bill (Agriculture Resilience Act) were reintroduced in 2021, as of today they have not been passed.

As 37% of food waste in the United States occurs at home, standardization and education around date labels can be crucial in bringing down food waste overall.

Food Waste Laws around the World

The Food Sustainability Index by The Economist shows how countries around the world are performing when it comes to food loss and waste, sustainable agriculture, and nutritional challenges: Click on the map above to use the interactive world map tool to find out more information about each country.

In 2013, Seoul, South Korea adopted a regulation that requires citizens to pay a fee on their food waste. Bins around the city can weigh and record the amount of food waste with an electronic tag, so citizens can dump their food waste in biodegradable bags and receive their bill. This resulted in the city reducing their food waste by 10% in just 4 years, showing how individuals can be more motivated to prevent food waste when they are charged for it.

In 2016, France became the first country in the world to ban food waste from grocery stores, and divert the food to food banks and charities instead. The law was passed unanimously, and is enforced by heavy fines and even prison sentences.

Italy passed a similar law after France enacted theirs, but with more emphasis on making the donation process as easy as possible. Relaxing regulations on donated food, such as allowing food to be donated past its sell-by date, can help Italy recover 1 million tonnes of food a year. After all, we’ve learned that just because a date label says the product is past its “sell-by” date, it doesn’t mean that the product is unsafe to eat.

In the UAE, the government is prioritizing the usage of technology to fight food waste. Their government signed an agreement with Winnow, a food tech startup, to use cutting edge technology to reduce food waste in the hospitality sector. Since 2016, the UAE has saved $1.6 million yearly across 90 hotels. Additionally, the UAE government launched the FoodTech Challenge, incentivizing solutions that address food waste with a $1 million prize. You can read more about how tech can reduce food waste.

Denmark, a leader in the fight against food waste, created a subsidy scheme to assist with any projects that contribute to the fight. Denmark has also made it legal to sell expired food, as long as it’s labeled and poses no health risks.

Depending on what industry you’re in, some food laws can have more of an impact on your business and bottom line. For instance, if you are in the supermarket or food manufacturing industries, and live in states such as California, New York, and Connecticut that have adopted organic waste bans, you’ve probably already started donating excess food inventory rather than disposing of it.

It’s a good idea to stay up to date on both federal and state legislation around food waste so you can prepare for any potential changes to your current supply chain. Maryland, for example, is in the process of introducing an organic waste ban. Although there hasn’t been much traction in date labeling legislation, if this eventually passes, food manufacturers will have to adjust how they print their date labels on their products.

These regulations don’t have to be daunting, however. I think we can all agree that food waste is a bad thing, and saving money is a good thing. Most organizations across the country can take advantage of the Good Samaritan Act and the tax incentives you can receive by donating food. Not only does this help your bottom line, but as more consumers are interested in seeing businesses adopt sustainable initiatives, this is a great opportunity to share your impact.

We’ve provided a checklist to help your business stay on top of food waste laws and steps to take to help the fight against food waste:

The Fight Against Food Waste Continues

As an individual, there are various ways you can get involved to help reduce food waste at home and in your community: