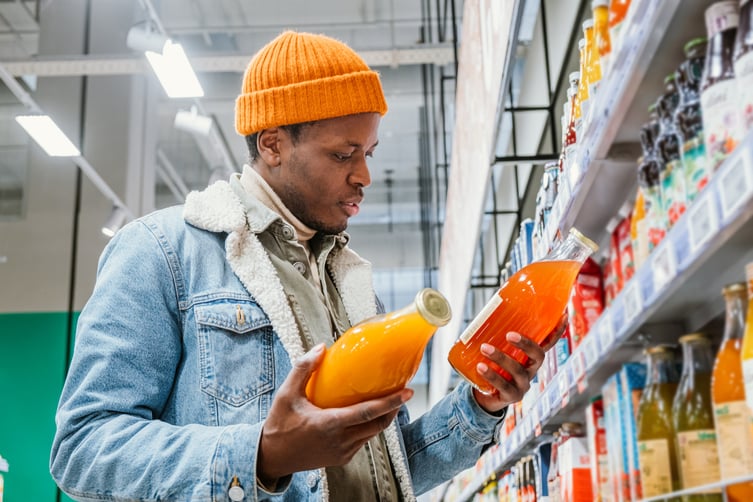 In the past few months, you may have heard the term “shrinkflation” floating around. But what does shrinkflation even mean? Shrinkflation, the combination of the terms “shrink” and “inflation,” is also known as packaging downsizing, or the grocery shrink ray. Basically, it’s when products are reduced in size or quantity while the price for the consumer stays the same or even increases. Sometimes, companies will reformulate their product with cheaper ingredients or decrease services, such as brands replacing sugar with high fructose corn syrup or hotels no longer offering free wifi.

So why is shrinkflation so relevant now? Inflation in the United States rose to 8.5% in March 2022, the fastest yearly pace since 1981. Coupled with the Russian invasion of Ukraine, Covid-19 shortages due to the pandemic, and rising energy costs, some businesses are turning to shrinkflation as a means to recover costs during this economic uncertainty.

If you haven’t noticed any price increases or volume/quantity decreases in the products you're regularly purchasing, it may be because brands don’t want to draw attention to the fact that they’re reducing costs.

It’s legal for businesses to downsize products without letting their consumers know, as long as the empty space in the packaging still serves a purpose, such as protecting chips during shipping or for machinery to fill medicine bottles. Some companies inform their customers about the size change using marketing tactics by using terms such as “new and improved,” “limited edition,” “shareable,” or “value size.”

It’s important for companies to understand the fine line between misleading customers and using marketing tactics to avoid retribution. For example, customers made claims against a spice company when they sold less of their black pepper in the same size container. The company had to pay $2.5 million to resolve these claims. Another CPG company experienced a similar issue when they added more space in their chocolate bars, after which they faced legal action and reverted back to the original shape.

Instead of admitting to shrinkflation, companies are more likely to speak to a Price Pack Purchase or Price Pack Architecture model, which is used by businesses to figure out how to price products in specific channels and describe changes to their product line. Reasons tend to be to stay competitive with other brands or to combat higher production costs.

Many consumers don’t notice when shrinkflation occurs as the changes to the packaging and volume aren’t too noticeable. Those who are noticing the shrinkflation trend are posting pictures and examples of products that have reduced quantity and/or increased prices on a reddit thread.

Examples of shrinkflation include a toilet paper company reducing their size from 340 sheets to 312 sheets, raisins being reduced by 2.5 ounces, an energy drink updating their packaging so it holds 4 ounces less of product, and a hair care company updating their conditioner packaging to a tube, holding 2 ounces less than the bottle version.

As mentioned earlier, shrinkflation doesn’t occur just at the packaging or volume level, but can also include reformulating products with other ingredients. Due to the shortages many companies are facing in light of Russia’s invasion of Ukraine, ingredients such as oils and starch are difficult to come by and are making some companies rethink the ingredients of their products to keep them in stock.

The power of corporations

Other sources, such as Marketplace and The Guardian, argue that corporations are blaming the pandemic, inflation, and supply chain issues for raising their prices even though they have continued to make a profit.

United States Senator Elizabeth Warren from Massachusetts sent a letter criticizing the CEOs of large grocery stores for prioritizing profit over American families and workers during a pandemic and economic crisis. She stated, “These companies made record profits during the pandemic and when faced with the choice to retain lower prices for consumers, and properly protect and compensate their workers, they greedily granted massive payouts to top executives and investors.”

Former U.S. Labor Secretary Robert Reich argues that the blame shouldn’t be put on inflation when the underlying problem is actually a lack of competition and corporate power.

Clearly, shrinkflation is an issue that’s garnering national attention, from consumers to media outlets and politicians.

Antitrust laws as a potential response

Before the 1970s, both Republicans and Democrats had a common goal of breaking up monopolies and too powerful companies. Aggressive use of antitrust laws during this time helped reverse the symptom of price inflation and increased competition among markets.

Since the 1980s, though, the government has refrained from bringing cases related to monopolies against big companies and corporate concentration has increased drastically. For example, 75% of households could choose from just one high-speed internet provider and 2 corporations create 69% of the beer Americans consume. From 2015 to 2019, only 3 out of the 78 proposed megamergers were stopped by the government on antitrust grounds.

The power that these large corporations have, combined with limited competition, allows them to more freely set and raise prices, which is one reason why we may be experiencing a lot of shrinkflation.

However, it’s important to note that there are also arguments against using and strengthening antitrust laws to resolve inflation, especially as the sole solution. For example, many believe that antitrust laws are generally too vague and enforcing them will result in less innovation as companies would be prevented from growing beyond a certain point and competitors would have a more difficult time entering the market.

Another alternative to fighting inflation is for the Fed to raise interest rates, which leads to less spending and demand since borrowing money becomes more expensive. This is also tricky as it can lead to a recession and further job losses.

Unfortunately, there is no easy way or quick fix to solving inflation. The goal here is to rethink how we handle the problem of inflation, which in turn has an impact on consumers.

It’s worth considering that downsizing packaging has its own added costs, including purchasing new machinery and spending money on the design and supply chain to accommodate for the updated packaging. This process can take up a lot of time to flow down the entire supply chain. Additionally, these costs can be risky as it can be uncertain when inflation will drop and commodity price is reversed.

Because of all of the effort put into creating “shrinkflation products,” shrinkflation can add more excess inventory to the liquidation market. With previous product packaging and volumes being discontinued in favor of the more profitable updated “shrinkflation products,” what’s left of the original products is no longer being sold to regular grocery buyers. Packaging changes are a big driver of excess inventory, so shrinking item sizes have the potential to create a wave of discount items.

Additionally, as shrinkflation continues, food waste may also increase if the suppliers of the updated products aren’t investing in liquidation processes or donating the original products to non-profit organizations, and instead sending them to landfills.

By investing in strong liquidation processes, companies can recover value from their products that would otherwise go to waste, especially in cases of shrinkflation. If the reason that companies are relying on shrinkflation is to recover costs during economic uncertainty, optimizing liquidation processes and reselling their outdated packaging and excess inventory to secondary channels at a profit is another seamless way to recover costs.

Spoiler Alert can benefit both suppliers and buyers when it comes to shrinkflation’s impact on liquidation and reducing food waste. Our platform digitizes and automates the process of reselling excess or discontinued inventory to secondary discount channels so that products can still be sold instead of wasted. Suppliers can list their excess inventory on the platform and buyers from the secondary market can purchase and resell in their stores.

As shrinkflation tends to occur in cycles and is a common tactic during periods of inflation and supply chain shortages, the good news is that we can assume that prices will eventually normalize. However, analysts say you can expect the updated product sizes to last, especially once consumers have been “trained” to be accustomed to the new size.

As a consumer, it’s important to stay vigilant and aware of the costs, packaging, and volumes that change during times of inflation.  Prioritize looking at the unit price versus the product’s regular price to help save you money.

As a business, inflation can be a good opportunity to look at other ways you can recover value in other sectors of your business. As more consumers are relying on discount stores to purchase groceries, liquidating your excess inventory into these channels is a great way to recover profit, increase brand awareness, and reduce potential waste caused by participating in shrinkflation.

For more on how current market trends are impacting your business, download our latest eBook: The State of the Food Supply Chain.