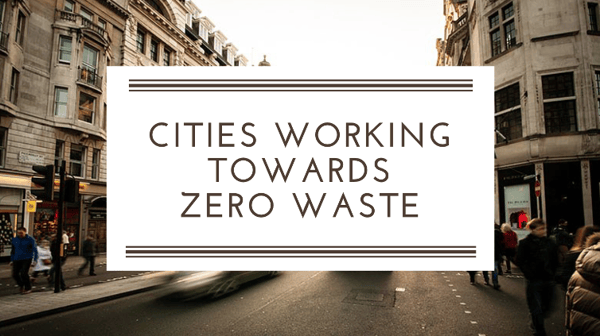 Communities around the country are looking to recover the lost value in their waste streams. This is not limited to paper and plastics, but rather a comprehensive analysis of the most prominent landfill-bound items (including food waste and other organic materials). By implementing initiatives such as landfill bans, source separation incentives, and mandatory composting, these cities have been able to impact their waste diversion rates.

Specific to their food waste diversion efforts, the city promoted the Good Samaritan Act and assisted the county food bank with transportation needs and supplies. 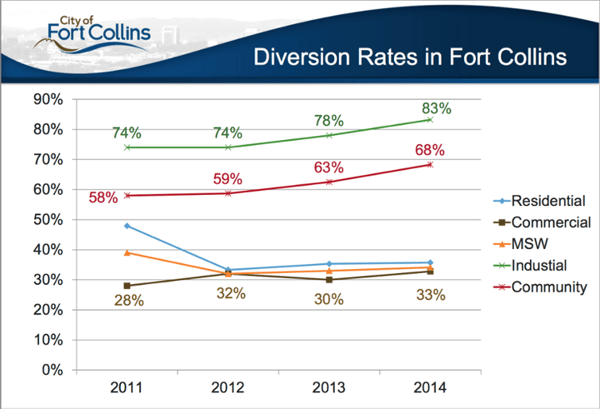 The city’s efforts have prompted local businesses to focus on waste reduction and diversion as well, such as New Belgium Brewing. They diverted 99.9% of waste from landfill in 2013 and are currently in the middle of a brewery-wide waste stream audit.

The City of Austin, TX aims to be zero waste by 2040 and recently had a third-party firm conduct a community diversion study on both residences and commercial businesses. The study found that food waste represents about 20% of their waste stream going to landfill, which could have been composted if properly segmented during disposal. 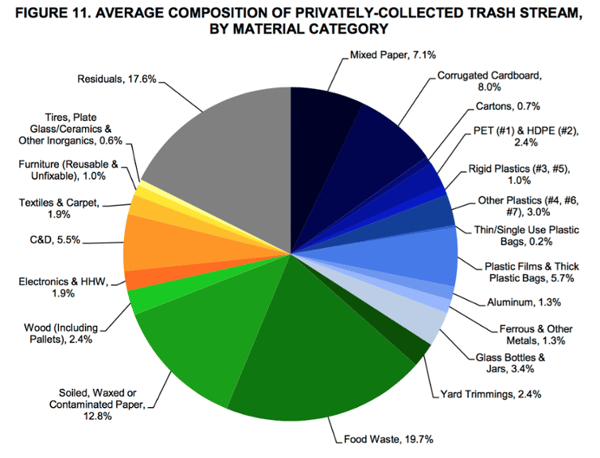 The largest city in the U.S. is committing to achieve zero waste by 2030. To do this, the city is increasing curbside organics collection, using anaerobic digesters to process food waste, expanding community composting, and reducing commercial waste disposal. Organics make up one third of the waste stream in New York City, but a lack of food waste processing — both in composting and with anaerobic digesters — make it challenging for businesses and residents to divert waste.

In 2013, NYC launched a voluntary commercial food waste diversion program with local restaurants, which reduced organic waste city-wide by 2,500 tons. Soon after, the city passed its Commercial Organic Waste law, which requires large-scale food establishments, vendors, manufacturers, and wholesalers to separate their organic waste. Updates to the legislation were proposed in 2015.

One company getting a headstart on the organic waste ban is Baldor Foods, who has committed to eliminating all organic waste destined for landfill by 2017. Their SparCs program offers fruit and vegetable trim, tops, and peelings for sale, along with offering the organic matter to farmers in order to divert waste. Currently, they are partnering with Flying Pigs Farm to supply animal feed and Misfit Juicery, who produces cold-pressed juice from irregularly shaped fruits and vegetables.

The City of Seattle partners with the University of Washington School of Public Health to prepare a Food Waste Prevention and Recovery Assessment Report. Released in June 2016, the report comes over a year after Seattle initiated a city-wide food waste ban starting January 1, 2015. Some recommendations from the study on how the city can support food waste reduction efforts are the creation of a food waste and recovery roundtable and the development of standardized food waste metrics.

One Seattle-based company, Coffee Flour, is turning a “waste” byproduct into a superfood. It’s high in iron, fiber, and antioxidants, and it can be used to make food such as gnocchi, waffles, and caramel sauce.

This list of food recovery resources in L.A. is helpful for food businesses looking to minimize their waste and comply with regulations, which may have helped guide Pulp Pantry’s inspiration for selling veggie crisps, granola, and baking mixes, made from leftover fruit and vegetable juice pulp. They repurpose about 100 pounds of pulp per week from local juiceries.

Do you know a community working towards zero waste that we didn't mention? Comment below! 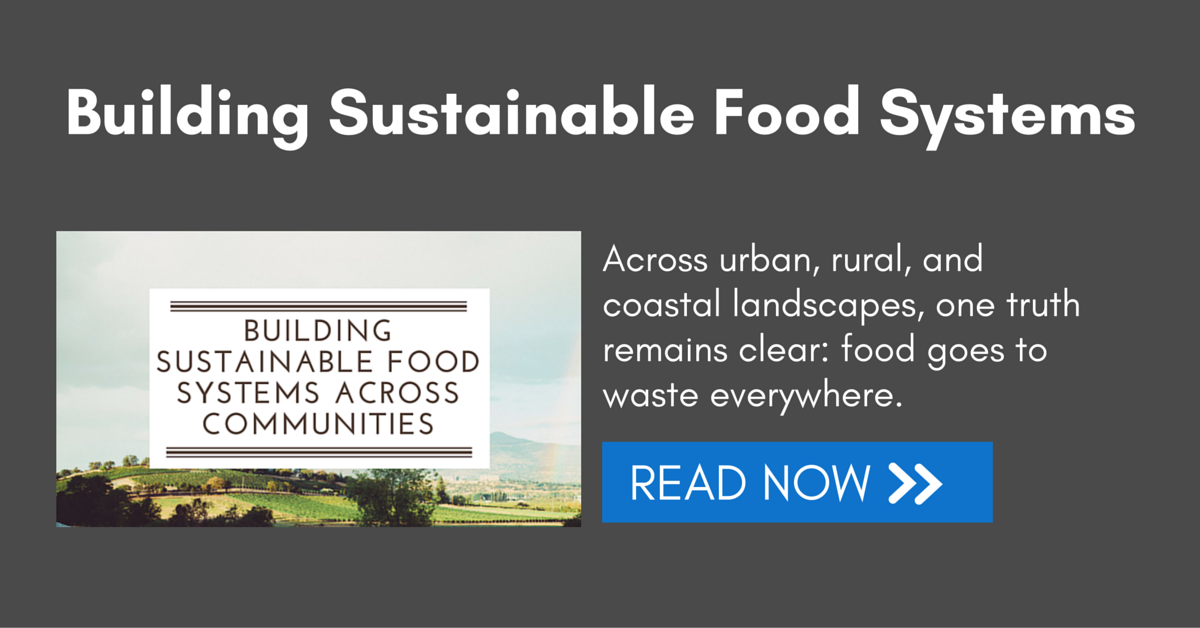